The jibbah was the basic uniform worn by soldiers of the Dervish Army during their invasion of southern Egypt from the Sudan in 1885. It is a simple cotton smock with bright coloured patches. This jibbah was brought home as a souvenir by an unidentified Durham Light Infantry officer after the Battle of Ginnis, which was fought on the banks of the River Nile on 30 December 1885. It is not known what happened to original owner of this jibbah but it is possible that he was killed in the battle. Acc No: 498 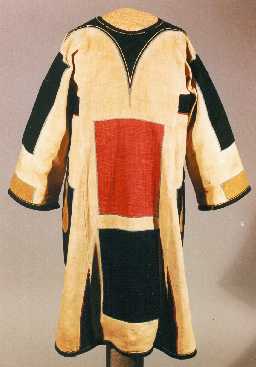