Established in 2003, the Operational Service Medal for Afghanistan specifically is awarded to military personnel who have served in support of operations in Afghanistan. Personnel who served outside Afghanistan (such as Pakistan or Oman) are awarded the medal without the `Afghanistan¿ bar. The Operational Service Medal (OSM) was introduced in 2000 to replace the General Service Medal. Since its inception, three OSMs have been issued for service in Sierra Leone, the Democratic Republic of Congo and Afghanistan. Although each medal looks the same, different ribbons denote each separate award. Clasps are awarded with the OSM to signify service in a more dangerous area or period of conflict. 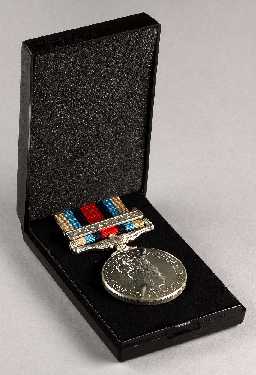