Object of the Month

This rug was a gift from the Sangin District Governor to the Commanding Officer of the 3 RIFLES Battle Group, Lieutenant Colonel Nick Kitson on his arrival in the area. Close cooperation between the military and civilian leadership was important in governing the district.

It soon transpired the Governor was both ineffective and corrupt. Lt Col Kitson replaced him with his deputy, who whilst less experienced was honest and helped to oversee the security of the area. 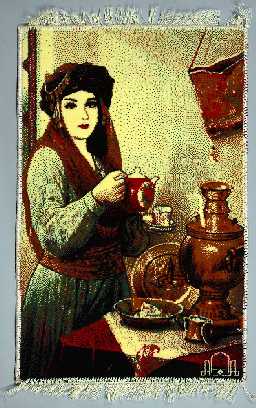